This Dojo Believes in the 2-Pop

Technology in media production has helped make audio tape machines, 3/4″ video machines and digibetas a thing of the past.  And though technology has helped make the production process much easier and faster, there are techniques and practices from the “old days” that are still perfectly relevant to keep the headaches at bay.  Sync is something that is oftentimes taken for granted.  But even with all this great technology on our side, it’s still a valid concern; especially when working with HD picture, where our crystalline commercial can end up looking like an asian action movie. 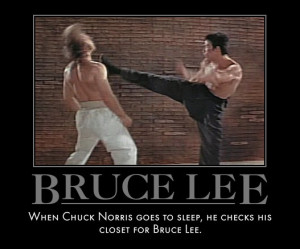 When we watch a video, we don’t tend to think about sync unless it’s obvious that something’s off.  Even the untrained eye can spot inaccurate lip-sync in an instant.  So where in the production process does sync become an issue?  The main source of the problem comes when we split audio and video elements and send them elsewhere for mix, layback etc.  Every playback system is unique and each machine handles processing of these audio and video elements a little differently – some are faster, some are slower.  The only real way to make sure things stay in sync between different workstations is to provide a point of reference for the user to re-align the elements, such as a 2-pop – an audio and visual reference point.  Like Pro Tools, this is widely held as an industry standard.  But even with “Pro” Tools, there are still a few things that can be done to make sure a 2-pop does exactly what it should.

To clarify, a 2-pop is a 1 frame audio and visual cue that falls 2 seconds before the first frame of picture.  Making one is easy.  The visual part of the 2-pop can be 1 frame of just about anything, but the higher contrast there is to black, the better.  The audio part can be any single frame of audio but the ideal is 1 frame of a 1kHz sine wave.

To be on the safe side, it’s a good idea to give at least one second of black before the 2-pop to make sure the machine(s) have time to get picture and audio playing back smoothly, allowing the reference to be seen in motion rather than starting from a standstill.

It’s also a good idea to give one second of black at the end of picture to help clearly define the out point of the piece.  This helps give the most realistic sense of the spot’s length when played back and can help when it comes to making decisions regarding placement of effects or music edits at the end of the spot.

Below is a sample video of how things should look:

Short video with example of proper 2-pop at head and black at end from Babble-On Studio C on Vimeo.

In addition to helping synchronize picture and sound elements, the 2-pop also tells everyone who works with those elements exactly where the first frame of picture will start, which is crucial, especially in cases where picture fades up at the beginning.  It essentially serves the same purpose as the ubiquitous clapperboard used during a video shoot.

Even with today’s technology, sync issues persist in broadcasted material.  Flip through channels on your HDTV, and chances are you’ll see sync issues at some point or another.  And even though OMF and AAF files have made our lives much easier when sharing audio elements between workstations, pre-roll black with a 2-pop in both the audio and video components is the best bet to make sure the karate kicks in your video are frame-accurate.  Sure, this procedure may seem a little much for something that oftentimes is indeed “close enough”, but close enough isn’t a standard we’ve seen from Disney, Sony, Warner Brothers, Todd AO and the like.  Following a tried and tested professional standard can help avoid a lot of speed bumps in production, especially when shuffling materials between studios; ultimately making viewing commercials on your new 4K television  a dream come true (for the time being, at least).