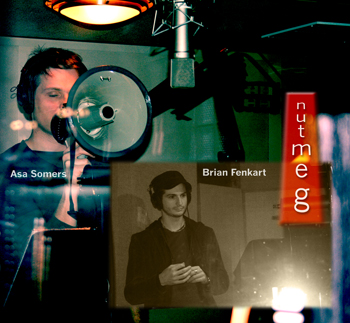 Every now and again we get a crazy concept that offers creative opportunities we just love to embrace. Like this scenario:

“Hey, let’s throw some wimpy little guy in an elevator. Some mousy hand-wringer who needs to talk through a bullhorn to feel less impotent”

The only thing better than an opportunity like this would be if the radio spot in question were written to allow for elaborate sound design, awkward pauses, and funky spatial placements. I mean, that would be like hitting the freakin’ lottery.

Hey, guess we did.

A few weeks ago we got the chance to work with Joel Stacy, a writer at Minneapolis ad agency Colle+McVoy, on some really different radio for the Minnesota State Lottery. Not only was this spot unique in concept, but it was equally so in execution.

For us to get this peculiar scene to play the right way, we were going to have to approach how we recorded it in a creative and non-traditional manner: we’d need a multiple mic array for our “bullhorn guy”, separate rooms, and some way to neutralize the occasional ear auguring feedback that can occur when recording a bullhorn.

Thankfully, we were going to be working with one of our favorite studio affiliates in the world to do this, Nutmeg Audio Post in New York. Asa Somers and Bryan Fenkart, our voice-over talent for this radio ad, were setup in separate rooms (which gave us perfect isolation), and then their voices were sent to us discreetly here in Minneapolis on individual tracks via ISDN Digital Patch.

1st approach – Due to the extreme differences in volume between a megaphone and a normal voice, Asa, “The Wimp” had two mics to work – one for his regular voice and one for the bullhorn. Since his character moved freely between these two modes, there was a lot of trickery in trying to have the right mic live at the right time. We got a few passes this way to see how the overall flow of the spot worked, but we quickly realized that, a cool as it was, – it was difficult to keep up with the actors.

2nd approach – Knowing that the concept worked, we decided to have the guys concentrate on just their interaction – with Asa simply aping how he might be saying his lines if he were on the bullhorn but, all the while, staying on the mic for his regular voice. This kept the timings pretty dead on – (whew).

3rd approach – we had Asa record all his bullhorn dialogue with Brian – letting the two really riff off of each other and go to town. The results were pretty hilarious since they were given pretty free reign to bring to the scene whatever came to mind.

In the end, we edited, mixed and matched elements from all three approaches to arrive at our hero take. From there, we created the illusion of our guy Bryan walking into the elevator and then hearing him dialogue, loudly, with Asa in the trapped confines of a small metal cabin riding all the way up to “36”. Then, we handed the keys off to Masasa Moyo, our announcer, whom we recorded via ISDN from L.A. Studios.