Having Our Cake – (and eating lot’s, too). André’s a year older. 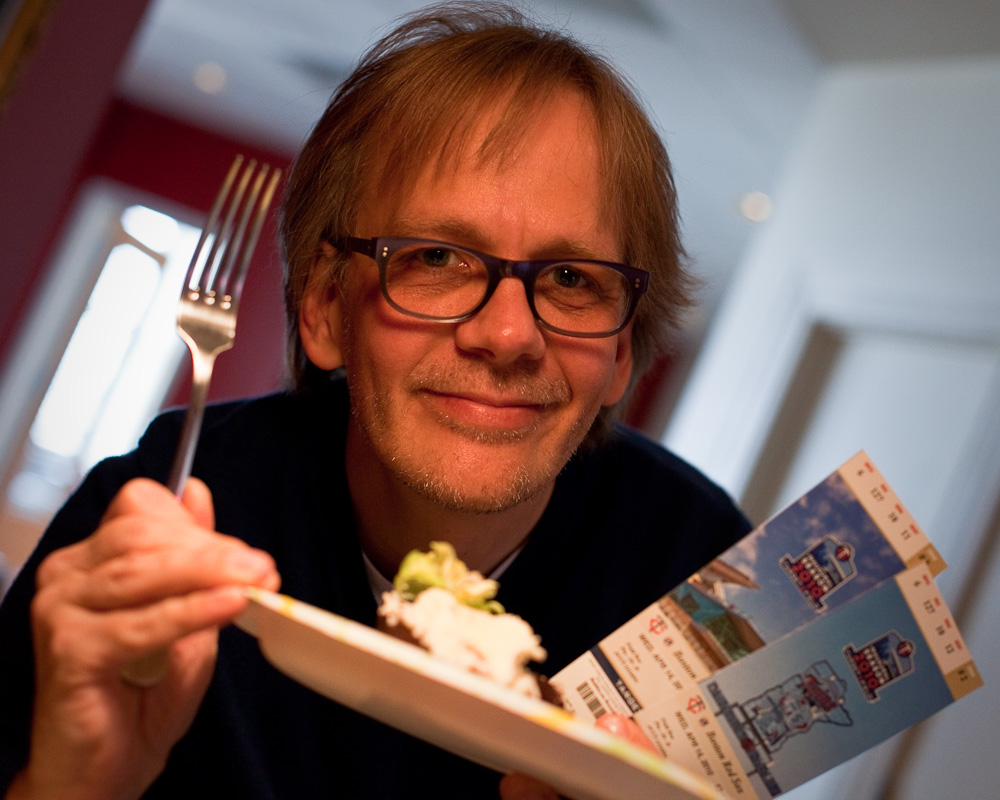 Y’know, just to clear things up – we really don’t just fabricate birthdays around here in order to have a cheap excuse to nibble at local bakery fare.  Though, given the number of Birthday entries on our Babble-Blog of late, (Greg Geitzenauer and Carol Bergeron each ticked another off their meters) – you’d think  we had a regressive frosting fetish or an inability to score fresh fruits and vegetables.

But, nope, we’re just getting older and we like to talk about it. Proof, one can surmise, that senility happens earlier than one imagines.

This months lame-ass excuse to get a cake falls to André Bergeron, who, (in baseball terms), can now officially be deemed as “rounding second”.  Hardball is a fitting analogy here as André is a devoted follower of America’s Pastime and, as such, the staff was kind enough to send him to the April 14th afternoon Twins game at the newly minted Target Field – against the Red Sox no less.  Mr. B hails from out East and remembers all too well an individual named “Bucky” with a feeling that approaches arch disdain. So, these tix were a sure fire way to guarantee that the boss wouldn’t show up that day. The people who work here are smart.

But, there is cake to discuss. And, it didn’t disappoint. A Raspberry Chocolate Diva Cake from Buttercream. Total Kill Zone. Yes, we’ve loved our recent Cocoa and Fig jag, (and we’ll certainly go back), but this hit the spot – with much more authority than “Bucky” ever did.  The clientele whom were around to nose a fork into this glucose bomb enjoyed it too – we noted that there wasn’t much left after the fat lady sang.  Even so, the remains went in the fridge (a la Ted Williams) to be resurrected when the time is right. It easily hit .406 for us.  You can look that up.

A final note, here.  André has been addicted to Babble-On’s new hand-held Olympus LS-10 recorder and couldn’t help but take it to the game that day.  This audio clip is what Target Field sounded like when Joe Mauer came to the plate during the late innings of this tight game.  He got this from the depths of the seats in right field.  Sometimes, audio alone tells the story most powerfully.