“Another round, please” – Summit Radio pics and audio

It’s taken a few weeks for us to return to this Summit Radio Ad Campaign from GdB as our studios have been humming along with other recording projects. It’s been a varied mix of sessions as we’ve put our stamp on the upcoming Palm Springs International Shortfest, and even recorded French and English versions of  radio ads for an international insurance company.

Hope to share more of those on our Babble-Blog sometime soon.

So, now that we can pull up a stool and sit for awhile – let’s a have an IPA and catch up.

First off, Whitey’s Saloon in Northeast Minneapolis was a nice venue to meet and mingle; a place rightly known for its food and friendly confines.  In short, a great recording environment. Now, that might seem like a given – (“Dude, c’mon, it’s a pub, – who’s not having a good time”), but we’ve been in bars, taps and other watering holes where people can be in a rush and less likely to want to connect.  Of course, this is the great thing about Man on The Street radio or, more aptly – Guy At The Table Over There radio is that you never know what you’re going to get.  But, it helps to have a nice vibe from the first pour.

Chris Carlson, our interviewer, has true savoir faire when it comes to drawing out the fun in people – deftly playing along or gently tweaking them depending on where the conversation is headed – or, in some cases, crashing.  At a later date, we’ll need to share out-takes here. Hilarious.

For this go ’round of spots, the questions and conversations meandered around baseball:

“Does having a Summit while watching a ball game count as multi-tasking?”

“Shouldn’t all professions have a reliever?”

And, life at large…

“How do bubble wrap factory workers get anything done?”

“If you could have a Summit with anyone in History – who would it be?”

These were only a scant few, and as you might guess many of these end up on the cutting room floor – or, (to update a metaphor) in the Mac trash bin. There’s simply no way to use all the wonderful bits that arise in a four hour recording session and place them succinctly into 60 or 30 seconds. However, Jeff Schuller, the writer on this campaign, is a patient listener and always extracts the sweet stuff from the seed corn. He and André Bergeron, the editor on these radio ads, have developed their own shorthand lingo in order to keep things moving efficiently.  After all, while it may be beer and a lot of fun, there is a client involved and this series of spots requires precision in its approach – even though the recording itself is very freewheeling.

To date, we’ve gotten two of several radio spots done, “Bat Boy” and “History”, with more to come in the next few weeks.

Pop a cold one and enjoy…

A few photos of things before it all got rolling. A lot of mental prep work… 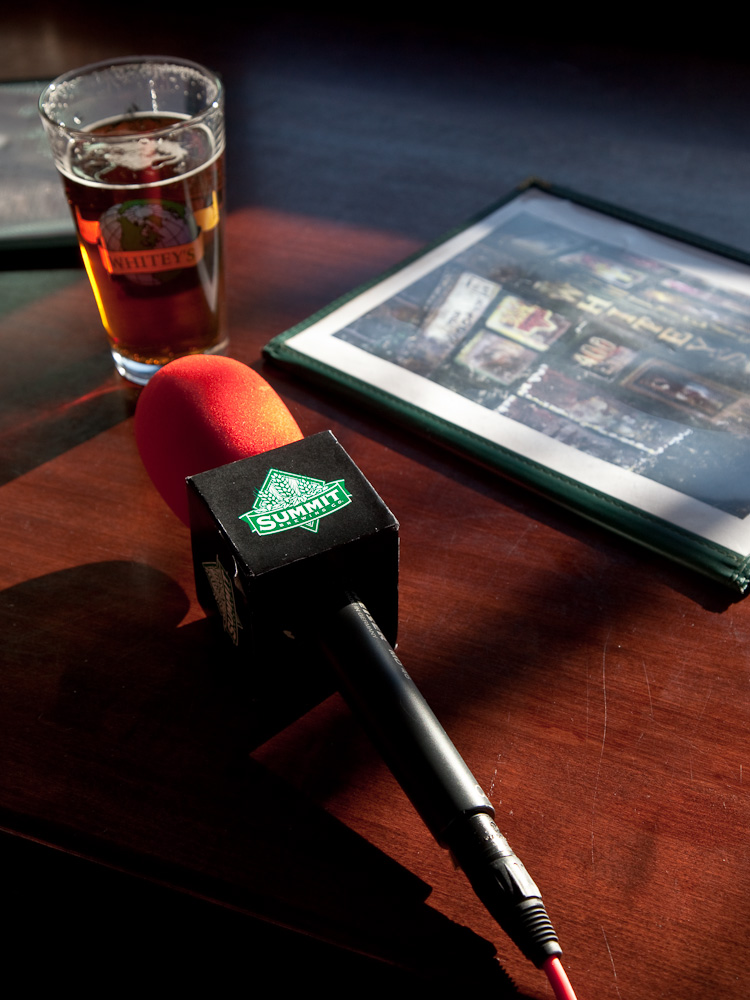 And once we were recording,… laughs and commentary. 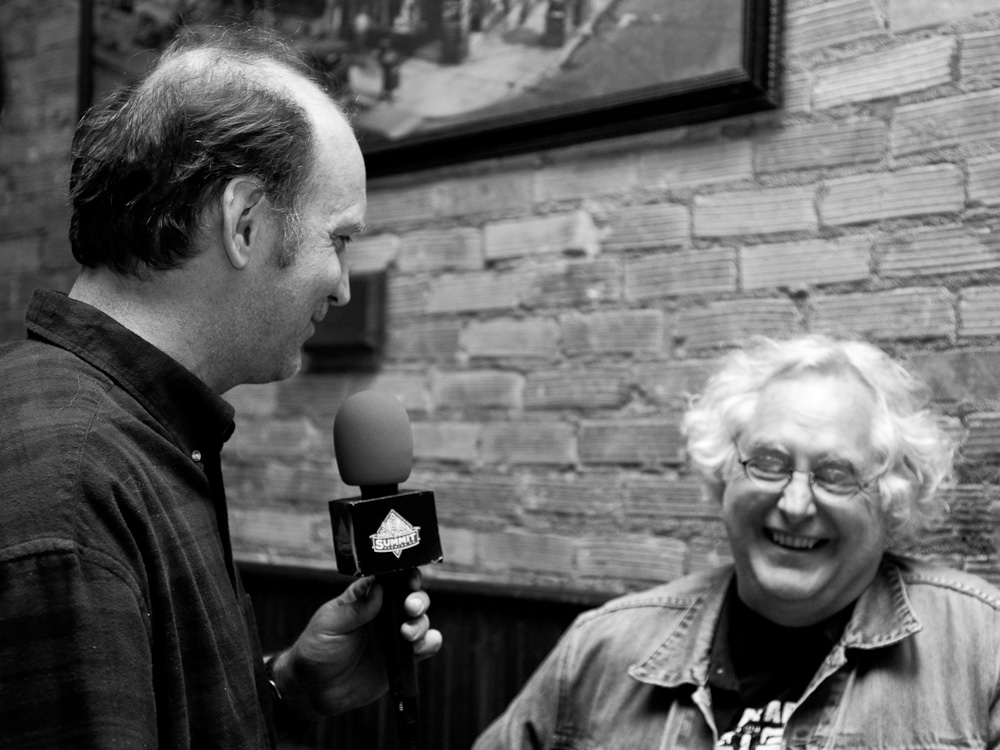